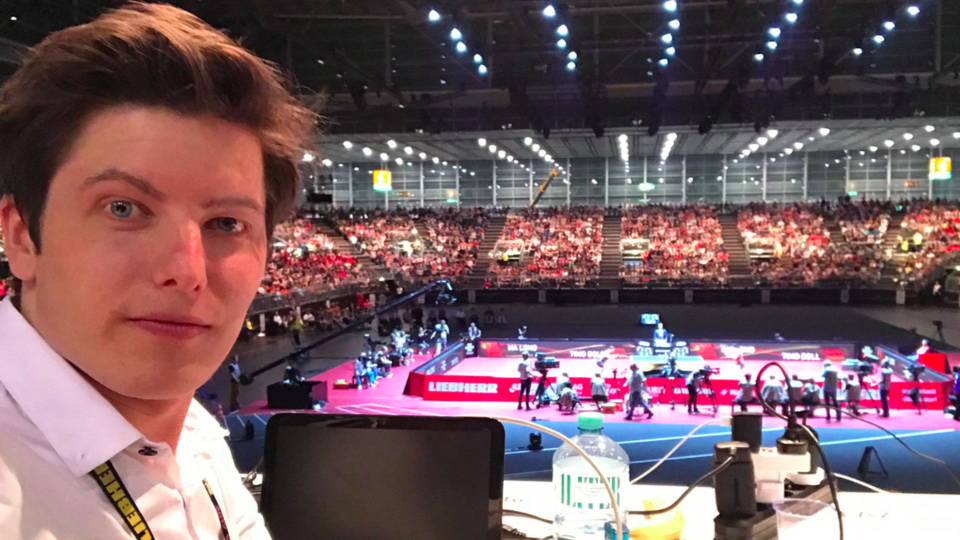 By Matt Solt – World Rankings provider and consultant for the ITTF

In January 2018 the International Table Tennis Federation will have a new world ranking system in place of the current system, and there are some major changes which will impact the sport for players and enthusiasts around the globe.

With an entirely different concept coming into effect, you can expect to see your favourite players on the international scene more often as they fight to earn points and improve their ranking. Points will be given based on the position a player finishes in a competition, and a player’s total points are comprised of the top 8 results within a 12-month period. The only exception to this rule is the World Championships, where points are valid from edition to edition for both individuals and team competition (generally around 24 months), making this a valuable time to be at peak performance!

Junior and Cadet competitors, as well as Under-21 athletes will be ranked according to their best 6 results. This brings about a complete shift from the current format where these players are ranked based on their overall ranking and all points are pooled together with seniors. At present Fan Zhendong is number 1 on the Under-21 list, although he has not played in an Under-21 draw for a few years. From January 2018 we can look forward to seeing which players have been performing best in their age category as the system encourages everyone to attend high profile events and build their top deck.

The system is both dynamic and intuitive, allowing players to plan their calendar and make a beeline for their target ranking. Conversely the ranking system used until now has been found to have drawbacks and loopholes, players were required to defeat opponents vastly higher than them on the list to make significant progress, and the top players only moved down after many losses. This meant the best in the world could simply attend fewer and fewer events while retaining their ranking. It was often difficult to predict where a player would end up in the next month’s list, whereas now it is easy to study the points won and those expiring after 12-months.

The World Tour and ITTF world title events such as WTTC, and World Cup, as well as the Olympic Games are the most significant tournaments on the calendar for our top players, and as such these are allocated the highest points. For a full rundown of points you can check out the points table here.

When analyzing potential movement in the lists month-to-month be sure to check how many results an individual has in their top 8. If there are less than 8 they will earn full points from one event in that month and may move further up than a player who out-performed them if that player already has a full 8 results with none expiring in the upcoming month. This is precisely how Ma Long moved from 4th to 1st after the World Cup, leapfrogging Dimitrij Ovtcharov despite Dima taking the title.

Rules to take note of:

• Qualification matches comprise the vast majority of matches played on international stage and are the final resting place for the aspirations of many players. These hard fought victories in the group stage at ITTF events will give the individual ‘stacked’ points. This means if one win here is worth 75 points (like at WTTC in singles) and you progress through to the main draw with three group wins you will earn points for the position reached in the knockout draw as well as 225 points from qualification. This rule recognizes the extra effort put in by those who began their journey earlier than their seeded adversaries.

• Continental events are important for all players, however some continents hold these more frequently than others. For this reason the top 8 results can have only one of these contributing to the total points. The best performance in either individuals or team competition is chosen and will be valid for the usual 12-months or until another continental performance supersedes it. This is only for senior rankings and does not affect the age group rankings.

• To avoid seeded players winning ‘buffer’ points by simply turning up to an event and losing their first match a measure is in place to keep everyone fighting for victory. A first round loss for a seeded player shall receive half the points allocated to that round. This is in effect for World Tour/Challenge Series and World Junior Circuit events, excluding the grand finals and junior finals respectively.

• A recurring issue on the world tour is late withdrawal by players. This is sometimes due to injury, but often simply because the individual finds that the draw looks too challenging and attending will not benefit their ranking. This does not help the image of our sport, and disappoints fans who were waiting to see these players in action. A new rule coming into effect in January states that a late withdrawal (after the cancellation deadline) will result in a zero point penalty in their top 8 for a 12-month period, thus limiting the player to a top-7 total, and so on, depending on the number of late withdrawals. If a valid medical certificate is provided this may be reviewed, case by case. More details can be found in the regulations document.

Links to information about the World Rankings:

Where is the “ choosing my bat”

if you what me to pay for it, just ask me to.

if not, how do I see it? Thanks

It is in the Tutorials dropdown.  Then go to the Equipment page and then the Beginner Choosing Equipment page.  Then select Choosing a Table Tennis Bat.  This is a free tutorial.

so thats why Ma Long is in the seventh position.